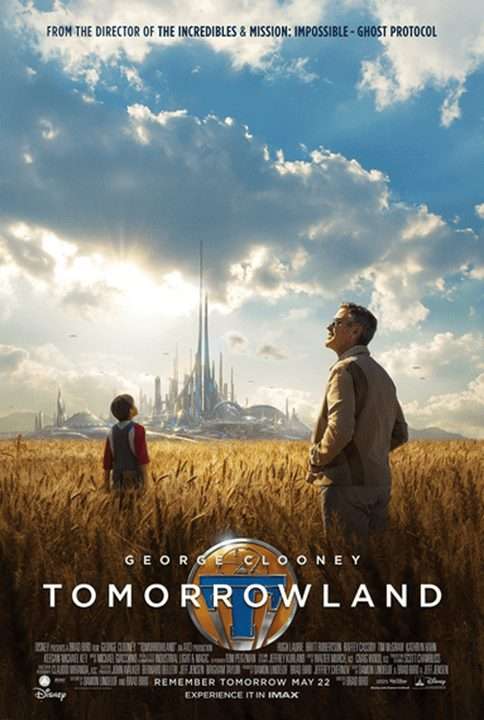 If you’ve seen any movies lately, you have likely seen a trailer for Tomorrowland. It is an upcoming Disney feature that I am really excited to see. I think it’s going to be a great one for the entire family.

Tomorrowland  stars Academy Award winner George Clooney as a former boy-genius, jaded by disillusionment, and Casey (played by Britt Robertson), a bright, optimistic teen bursting with scientific curiosity. Together they embark on a danger-filled mission to unearth the secrets of an enigmatic place somewhere in time and space known only as “Tomorrowland.” What they must do there changes the world—and them—forever.

Featuring a screenplay by “Lost” writer and co-creator Damon Lindelof and Brad Bird, from a story by Lindelof & Bird & Jeff Jensen, “Tomorrowland” promises to take audiences on a thrill ride of nonstop adventures through new dimensions that have only been dreamed of.

Here is the latest preview:

TOMORROWLAND opens in theaters everywhere on May 22nd!

Oh my goodness! Incredible article dude! Thanks, However I am experiencing problems with your RSS. I don't know why I cannot subscribe to it. Is there anybody else getting identical RSS problems? Anyone that knows the solution will you kindly respond?

I have been seeing the trailer and more advertisement out for this movie lately and I will admit it does look really good! Personally I'm surprised it's coming from Disney; for some reason it doesn't seem like something they would put out but from what I've seen it looks like they're trying to expand their image. Either way I can't wait! :)

Still Blonde after all these YEARS

This movie is right up my alley. First...ummm GEORGE C. Second, Disney's tomorrowland is my favorite part in the park. Both combined? I AM THERE.

I can't wait to see this. Seriously this is the first Disney movie that has come out in a long time that has me literally excited!