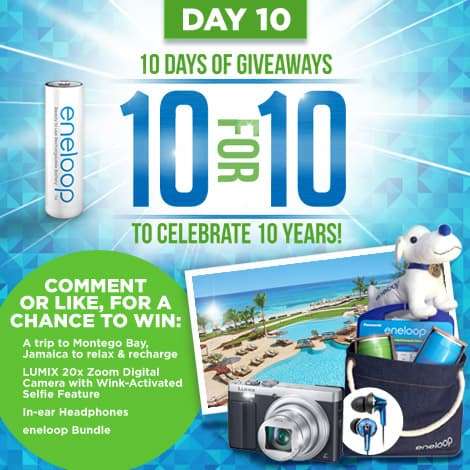 This is a sponsored blog; while the views expressed here were genuinely mine, consideration was paid to me by Panasonic eneloop to review this product. 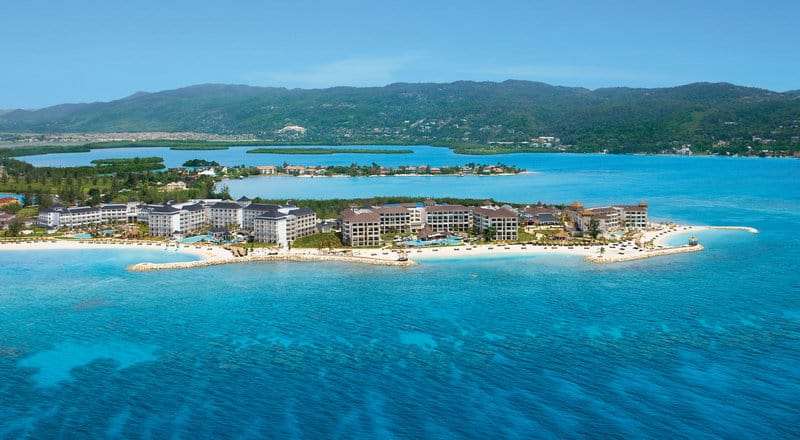 To help you get charged-up for the holidays, the sweepstakes features 10 days of giveaways, plus a chance to win a grand prize trip to a Montego Bay, Jamaica all-inclusive resort. How cool is that?

The Daily Prize packages will increase in value each giveaway and include multiple items from Panasonic. The prizes will feature such items as:

The daily prize package will also include an eneloop bundle, which consists of a denim eneloop bag filled with one eneloop battery power pack, one eneloop stuffed animal, and two eneloop refillable water cans. 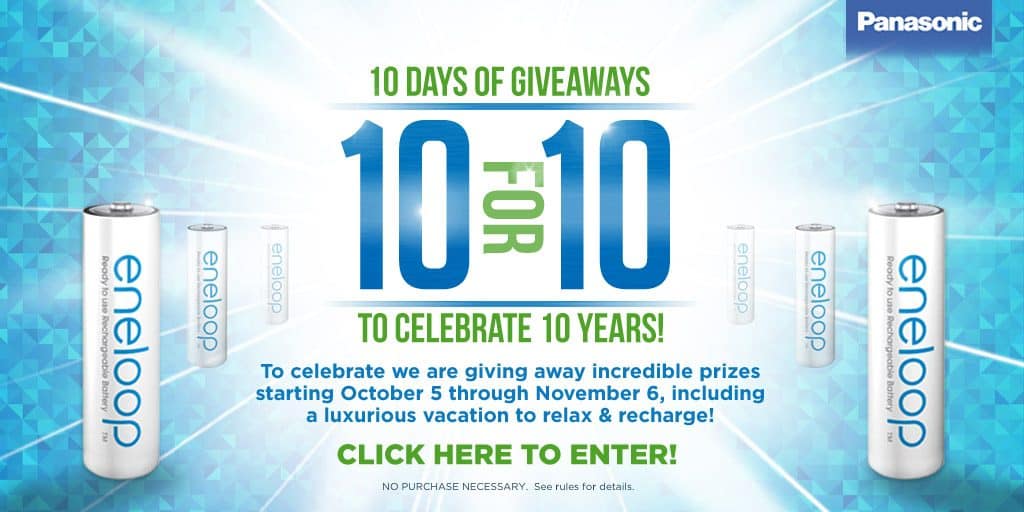 The sweepstakes entry period begins on Monday, October 5, 2015 and ends on Friday, November 6, 2015. To enter the sweepstakes all you have to do is go their Facebook page and “like” or comment on the sweepstakes post. Winners will be drawn randomly from each sweepstakes during the promotion period.

Celebrating 10 Years for a Good Reason

According to metaefficient.com (February 20, 2015), eneloop has the ‘Best Rechargeable Batteries and Chargers of 2015’. eneloop batteries were launched in 2005 with a very simple idea in mind; provide people with a battery that could be recharged over and over again (actually up to 2,100 times) and to make it really easy to use for work, play and everything in between. Check out this great video about eneloop batteries.

My husband introduced me to eneloop batteries a few years ago. We LOVE them! They are especially great for items we use frequently like our computer mouse, remote controls, etc.

Here are some cool facts about eneloop batteries:

eneloop batteries have a great online presence, too. You can learn more about eneloop at:

Enter the sweepstakes today!, Click this link or the graphic above. Good luck!

*Batteries can be recharged when fully, or partially drained. eneloop charge capacity and mAh estimates based on IEC 61951-2(7.3.2). Recharge cycles based on testing method established by IEC 61951-2(7.5.1.3). Solar energy charging as certified by The Green Energy Certification Center. eneloop batteries need a charger to be recharged. Panasonic Ni-MH battery chargers are recommended. Recommended storage conditions 68 degrees F. Results may vary based on conditions of storage and use.