Thanks to Kozy Shack for sponsoring this healthy snack post. 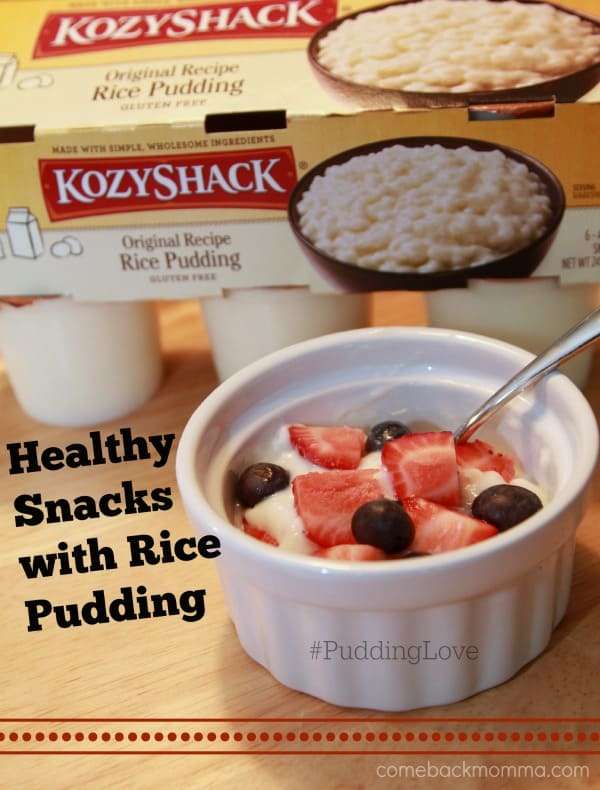 What are your go-to ideas for healthy snacks? Is pudding on that list?

Well it should be. Kozy Shack makes terrific puddings that are “made right” with all natural ingredients that don’t read like a chemistry set. That is important to me for our family snacks. We enjoy our share of fruits and veggies, but we also like to create healthy snacks that are a little more fun. I decided to create healthy snack options for morning, afternoon and evening using Kozy Shack Rice Pudding along with a few simple ingredients for toppings and mix-ins. My family loves them all. 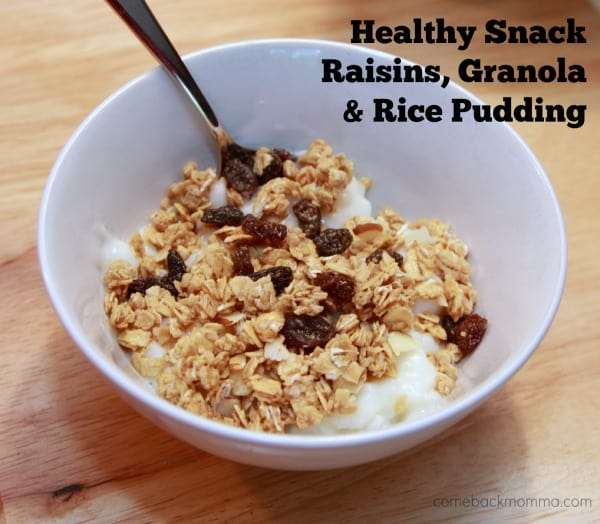 I must admit that I never thought about having pudding at breakfast, but rice pudding with raisins and granola is a great option. This combination provides calcium, protein and grains to start your day off right with a burst of energy. The Kozy Shack pudding cups are only 120 calories so mixing in some granola is a great idea for a hearty breakfast that will still be under 400 calories. 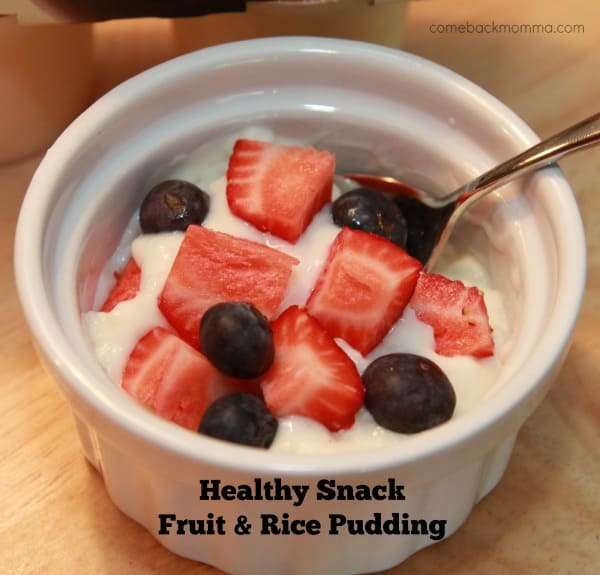 For an afternoon snack, I decided to top the rice pudding with fresh berries. It’s such a great time of year for strawberries, blueberries, raspberries and blackberries. They all go quite nicely with the sweetness of the rice pudding. Oh no, my mouth is watering just thinking about it again. So delicious. My kids wanted  seconds! 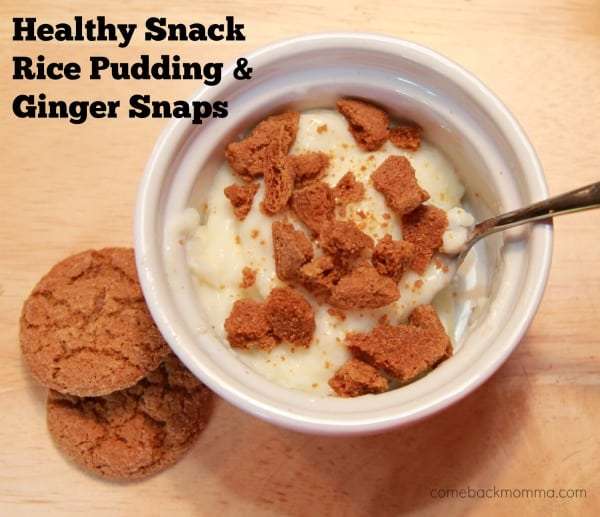 Probably most of us think about pudding as an after dinner treat. To keep the calories down, but still get a burst of great flavor and texture, I mixed in two ginger snap cookies. This only added 75 calories. Not bad for a delicious and filling dessert. The crunchy texture and tang of the ginger snaps is great with the pudding. It’s now one of my favorite go-to desserts.

Kozy Shack’s rice pudding reminds me of what my grandma used to make. I hope my new healthy snack creations will be remembered fondly with my children. Perhaps they will pass on this tradition to their kids too. Kozy Shack even hired their own Grandma to keep them in line and ensure they continue to make their pudding the right way, with simple, real ingredients. You go Grandma! 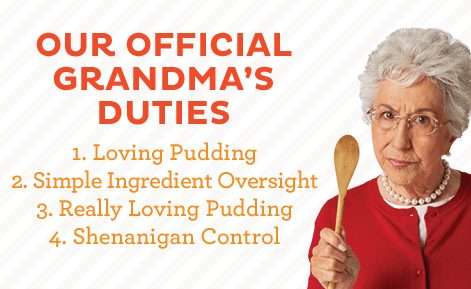 In addition to rice pudding, Kozy Shack has other great flavors like chocolate and tapioca. You can use their store locator to find out where to buy their yummy puddings near you. The Kozy Shack website is quite fun to explor. They have really cute #PuddingLove quotes and graphics too. I’m partial to the “Rice and Nice” one. Which one is your favorite? 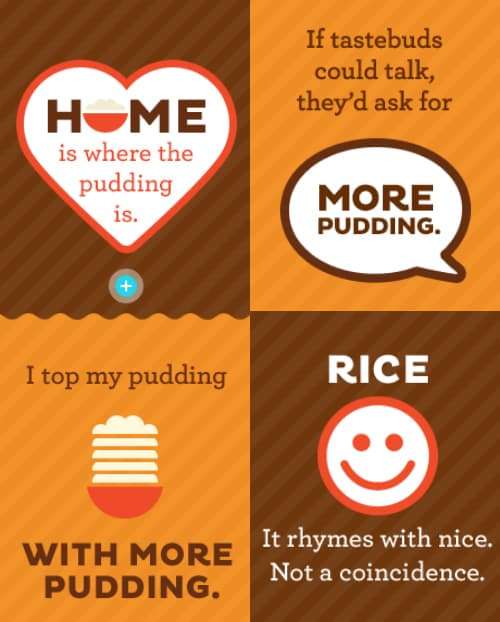 Do you like pudding as a snack? What types of combinations do you enjoy?