Potato leek soup recipes are a family favorite when fall rolls around. Once the weather starts to get crisp, I know it’s time to bring out my pot, slow cooker, or instant pot, depending on the recipe, and start making soup. Soup makes the perfect comfort food when the wind has picked up and the leaves are blowing through the yard. It just makes you feel good. My favorite soup for the season is this potato leek soup recipe. It’s easy to make, and you can add so many different things to it. You can also substitute healthier options for parts of the recipe to keep all that delicious flavor and add in some extra health benefits. 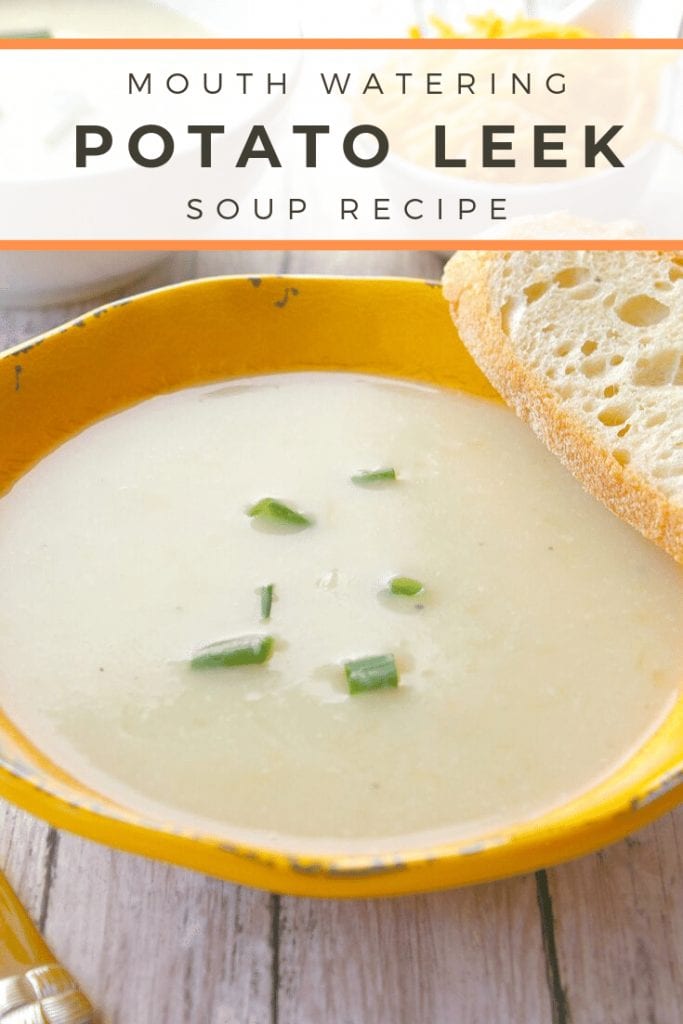 You don’t need much for this recipe. You’re likely to have almost every ingredient for this very simple soup in your home right now. The only thing you might not have is an immersion blender. However, you really should have on in your cooking arsenal, so this is the perfect excuse! For these reasons,  it makes for a delicious recipe to keep on hand at all times. With its easy prep and cooking and endless add-in possibilities, this soup can be different every single time you make it.

I like to use Yukon Gold potatoes when I can for this recipe. I think they have a better flavor than standard russet potatoes, and their color works perfectly with the soup itself. I’m also a fan of using homemade chicken stock if possible. I know that takes away from the ease of the recipe, but only if you try to do it all in one day. I like to make a stock from leftover chicken bones when I’ve baked a whole chicken. Then I just freeze it up and use it when I need it. 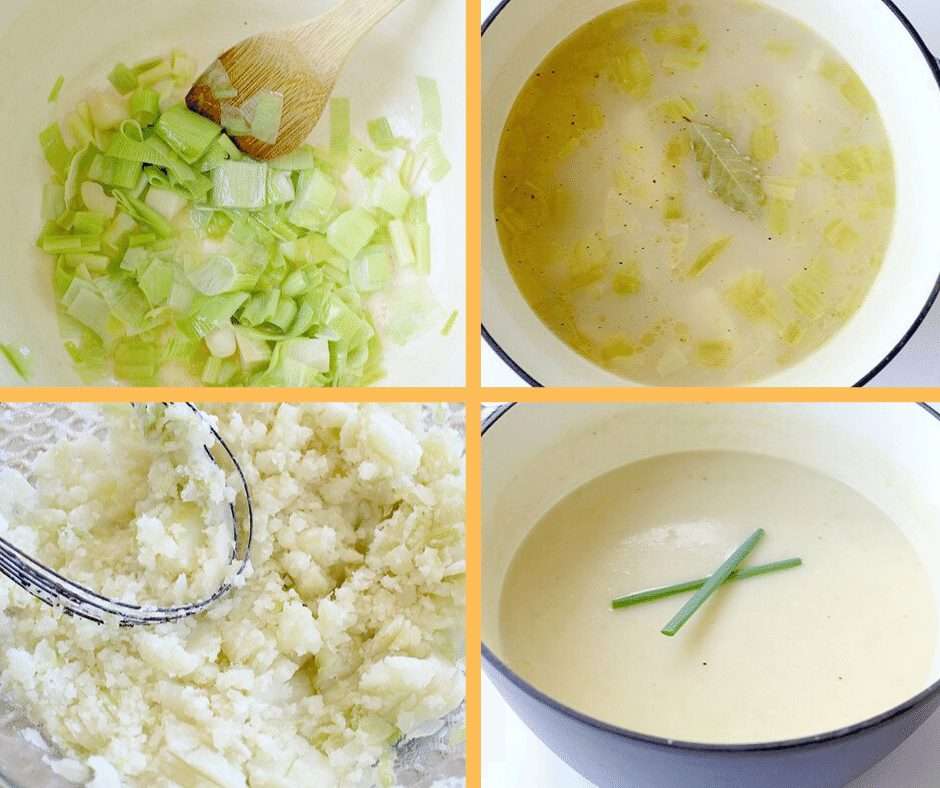 See? I told you it was easy. The classic potato leek soup recipe is one of the easiest soups you’ll ever make in your life. Now that we have the basics down, we can get a little creative.

Think of a potato leek soup recipe as a blank canvas just waiting for you to get your Bob Ross on. Don’t get me wrong, this soup is delicious all on its own, but wouldn’t it be nice to add in some happy little ingredients? You can add almost anything you’d like, but some of my personal favorites for taking a standard potato leek soup recipe to the next level are:

Any of the above are excellent additions to this recipe. In fact, you’ll find some potato leek soup recipes that already have one or more of these ingredients called for. Now that we’ve gotten creative, let’s look at a few healthier substitutions we can make.

With so few ingredients, you might be wondering what could be changed to make this potato leek soup recipe healthier. There are two main ways to make this recipe even healthier. One of them one change much, but the other will drastically alter the flavor of the recipe (in a really good way, actually).

You can also use equal parts silken tofu and soy or any plant-based milk to make a protein-rich heavy cream substitute that won’t alter the flavor of your soup at all.

Lastly, another high protein favorite substitute is greek yogurt. Some people use milk to thin out their greek yogurt to a heavy cream consistency, but in dishes like this potato leek soup recipe, you can just add the greek yogurt straight to the soup until you get the desired consistency. 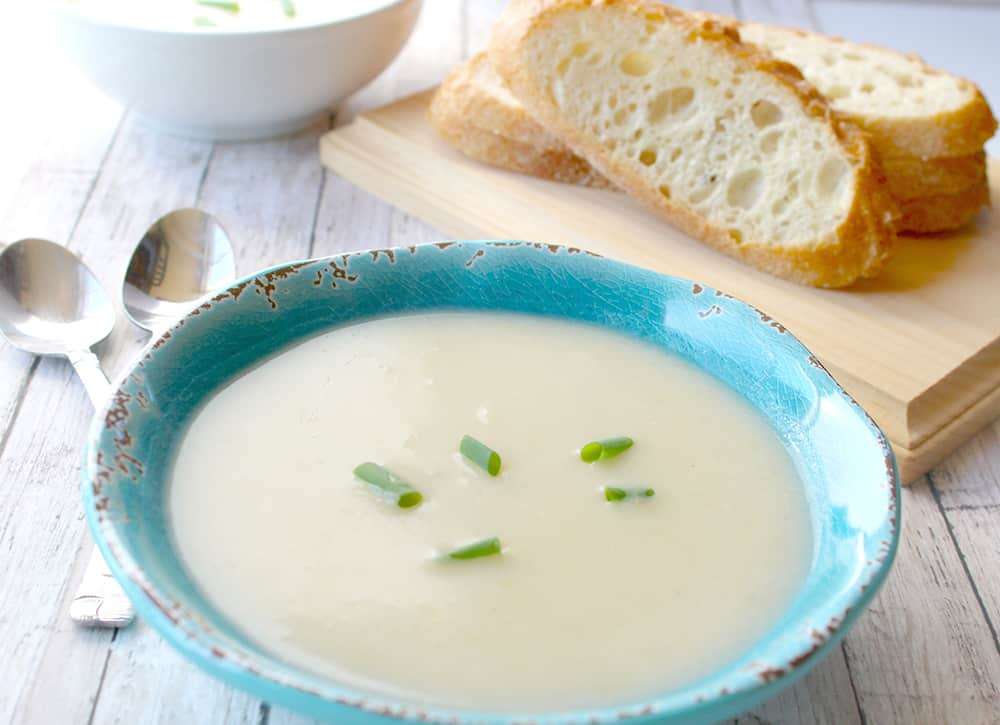 Butter is almost everyone’s go-to source for sauteeing or browning any vegetable. It gives everything a great flavor. Also, nothing really works as well as butter in the pan, in my opinion. However, it’s easy to replace butter with a healthier alternative when sauteeing vegetables as we do in this dish. Use any vegetable-based oil you’d like in place of the butter for sauteeing your leeks. Olive oil is an excellent choice because of its healthy fats and rich flavor.

Right about now you’re thinking, “Are you nuts? You can’t take out the potato. The word potato is IN the recipe name.”

Well, that’s true. You can’t take potatoes out of a potato leek soup recipe, but you can change the potato you use. To make this recipe even healthier, or just to give it an extra fall flair, you can replace the potato with sweet potato. Yep, sweet potato. Sweet potatoes are higher in protein, vitamins, and minerals than regular potatoes – although that isn’t to say that russets aren’t good for you. They are.

In addition to that, sweet potatoes just scream fall. There are two things I know I’ll always see during the fall months: pumpkin everything and sweet potato everything. So for the extra health-conscious or those who are extra themselves when it comes to fall, this is a great substitute. 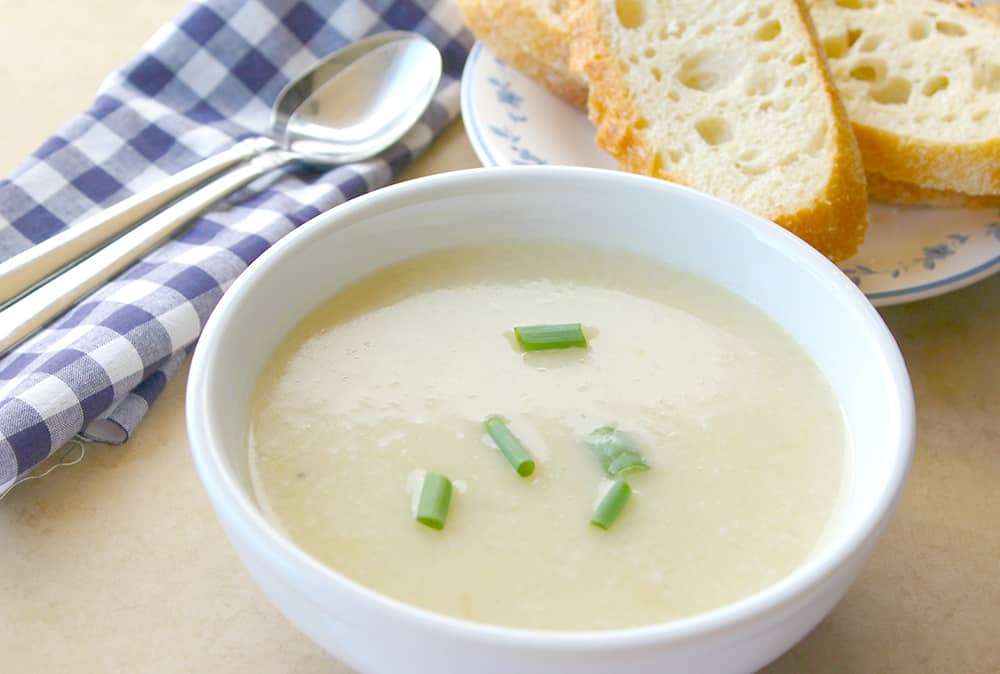 A Recipe Made to be Played With

One of my favorite things about this potato leek soup recipe is that it’s just asking to be tweaked. Whether you add in some crumbled bacon, top it with a slice of avocado, or really get nuts and substitute russet potatoes for sweet potatoes, there’s really no end to the things you can do with this recipe. Give this potato leek soup recipe a try and let me know what you think. 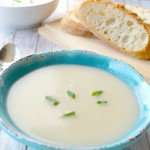 I absolutely LOVE this post I can't wait to try it! Your blog overall It has helped me lose weight while still enjoying my food so thank you.

I also just started using my first keto diet and shredded 15 POUNDS in a month, just wanted to share it to hopefully help others reach their goals! Here is the Diet I am following as of right now. https://bit.ly/2o5fRTv