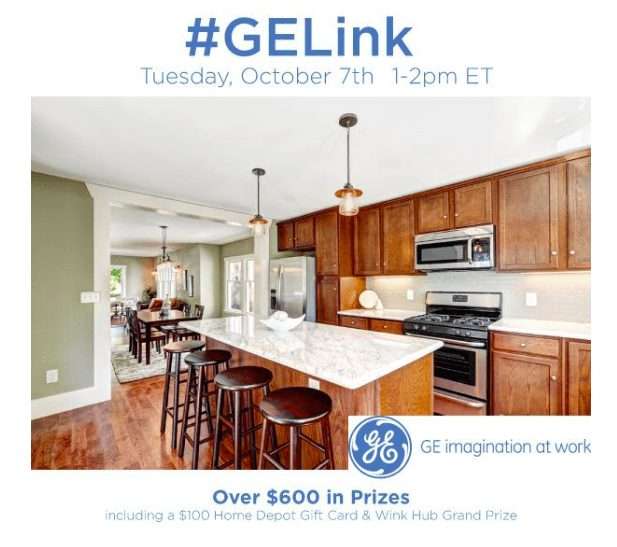 Do you love a good Twitter Party? You know we do and we’re excited to host a party where we talk all about the new GE Link light bulbs! On Tuesday, October 7th at 1:00 pm ET, please join us for the #GELink Twitter Party where we’ll be sharing tips on how you can gain mobile control of your home from anywhere with the GE Link light bulbs.  And what twitter party wouldn’t be complete without a chance to win prizes!

My husband is typically in charge of home security when we take a vacation. This typically involves setting manual timers and plugging certain lights into these timers. When he is away on business, I often leave certain lights on in the house. It’s kind of a hassle. We were thrilled to learn about the home automation system with the GE Link bulbs and the Wink Hub app. Using our smart phones, we can easily manage our lights with the touch of a button. Come and join the fun on 10/7 as we talk about the benefits of controlling your home lights.

Join me and RSVP for the #GELink Twitter Party on SoFabChats!

TIP: How to win the Early Bird prize? Watch for chance to share a tweet when you RSVP for a chance to win!

TIP: Special deals and brand coupons? Keep that options checked when you RSVP for the party!