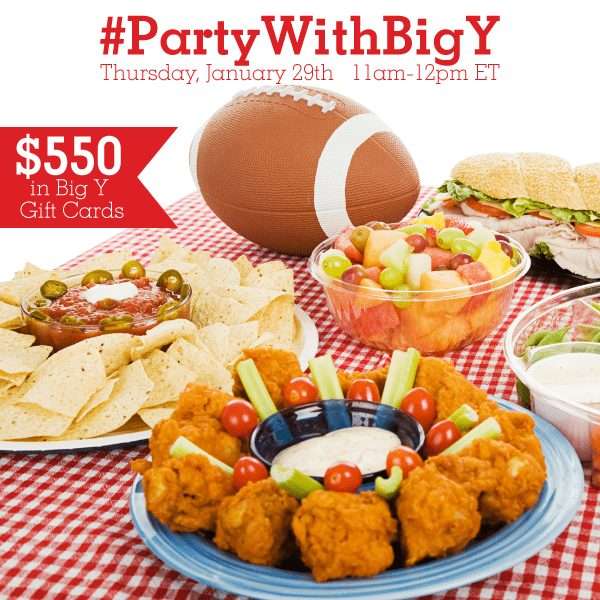 Do you love a good Twitter Party?  You know we do and we’re excited to host a party about big game parties. On Thursday, January 29, from 11-12 pm ET please join us for the #PartyWithBigY Twitter Party where we’ll be chatting about game day snacksfrom Big Y that make party planning a breeze and giving you a chance to win prizes!

Are you ready for some football? We are at our house. We love watching the big games with friends and family. That means we need to pick up our party favorites to keep our tummies happy regardless of who wins the game. Some of our favorites include layered sandwiches, pizza and lots of wings! The folks at Big Y make is easy to find your favorites foods to throw a Super Party! I hope you’ll join me for this fun Twitter party where we’ll chat about our favorite foods and traditions for game day celebrations, and more! Hope to “tweet” you there!

TIP: Special deals and brand coupons? Keep that option checked when you RSVP for the party!

Will we be tweeting you there?