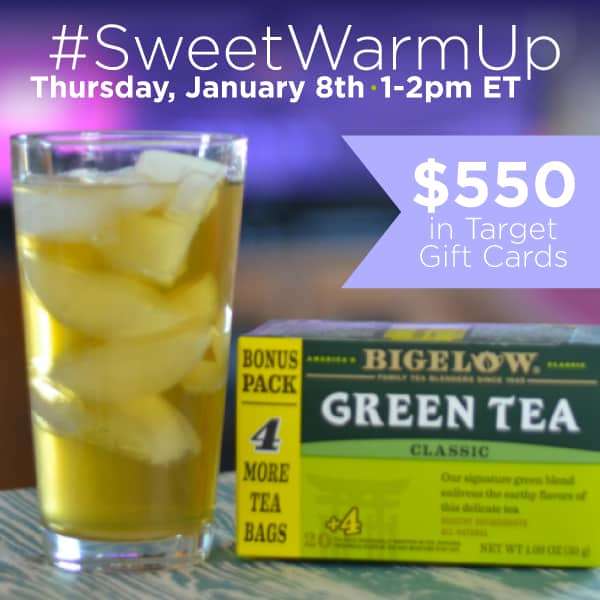 Do you love a good Twitter Party? You know we do and we’re excited to host a party about making sweet changes in 2015! On Thursday, January 8, from 1-2 pm ET please join us for the #SweetWarmUp Twitter Party where we’ll be chatting about switching from high calorie sugary beverages to Bigelow Tea and natural sweetener, and giving you a chance to win prizes!

After a holiday season filled with sweets, I am challenging myself to reduce my sugar intake in the new year. I love my morning cup of Bigelow tea to start my day. Now, I’ll be swapping my 2 teaspoons of sugar for a packet of Truvia. Truvia is a zero-calorie sweetener that provides great tasting sweetness born from the stevia plant. I’ll be trying Truvia in other recipes too. I’m excited for this new challenge. What healthy goals do you have for 2015? I hope you will join me for this fun Twitter chat! I look forward to “tweet” you there!

TIP: Special deals and brand coupons? Keep that option checked when you RSVP for the party!