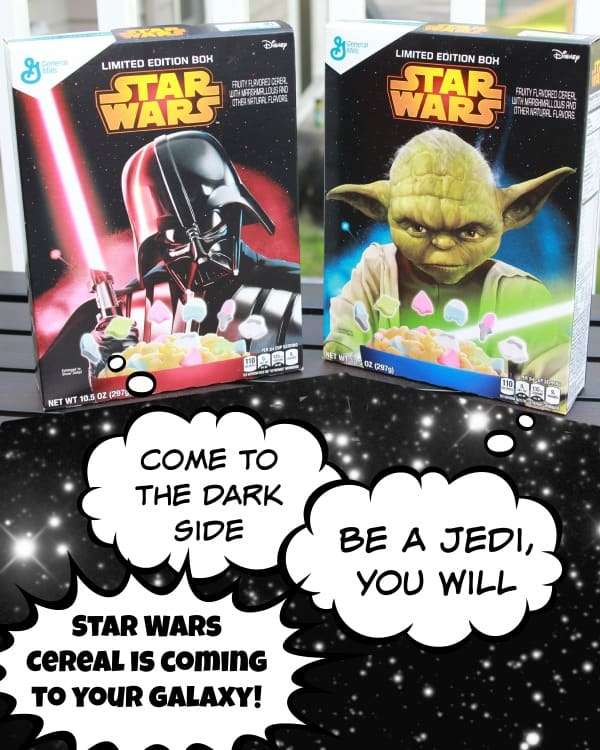 The original Star Wars release is one of my all time favorite movies. I actually saw it twice in one night in New York City. At the time Star Wars was a little known movie in limited release. I had no idea that it would become a collection of movies that I’d be sharing with my kids some 30 years later. 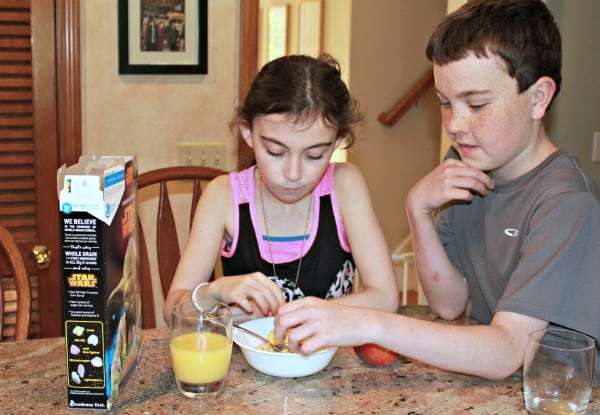 My kids have seen episodes 1-3, but have yet to see 4-6. These new Star Wars Cereal Boxes from General Mills remind me how much fun it’s going to me to relive my memories with them. They already know that I ended up seeing the original release 7 times (yes 7) in the theater and countless times on cable. 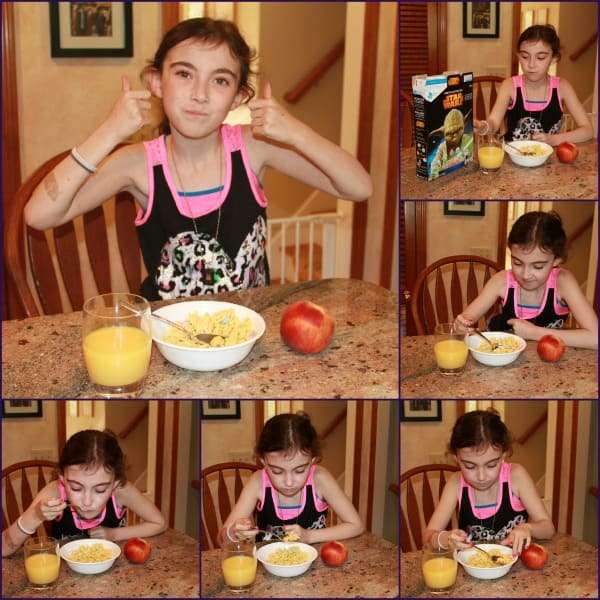 I could not pass up the chance to try the Star Wars Cereal with my family and share it with my readers. My kids were “over the moon” excited too! Since I don’t typically allow high sugar cereal in the house, I was impressed to hear that Star Wars Cereal contains whole grains, has no high fructose corn syrup, and only has 9g of sugar per serving. That made me feel even better about giving my kids this special treat. 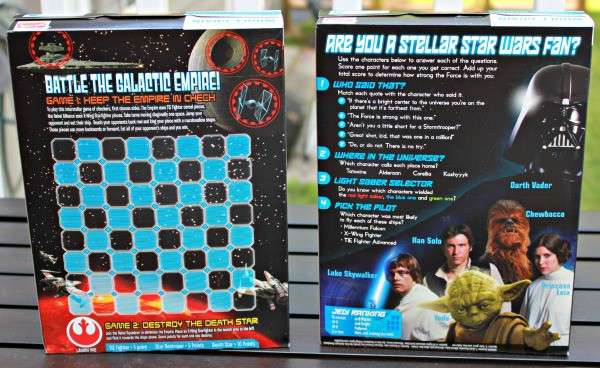 Every few months, Star Wars fans will be able to shop for two new characters. The current packages feature Yoda and Darth Vader. The Yoda Box has a fun trivia game and the Darth Vader box has a board game. It’s a great way to stay entertained and keep the conversation going through breakfast. 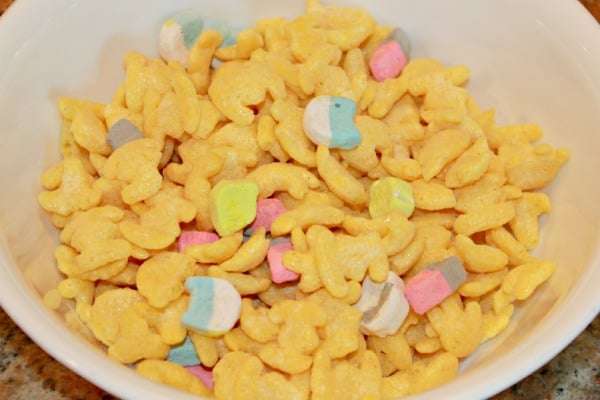 The Star Wars Cereal has it’s very own shapes, you can find the following in each box:

Marshmallows “Marbits” are in 6 fun shapes

Corn pieces are in 3 fun shapes

Between June 2015 and June 2016, you will be able to purchase 6 different package designs. Can’t wait to get your hands on a box? Here is a coupon for a dollar off your next purchase!

Which side of The Force will you choose?