The Hawaiian Islands have some of the most beautiful National Parks in the world. Hundreds of thousands of tourists travel each year to experience these parks. While these parks are amazing, it’s also worth noting that Hawaii also has national historic parks and national monuments to help you take a few steps back in time. Each park offers something unique.  Whether you are in search of epic scenery or historic sites, Hawaii’s parks offer something for everyone. 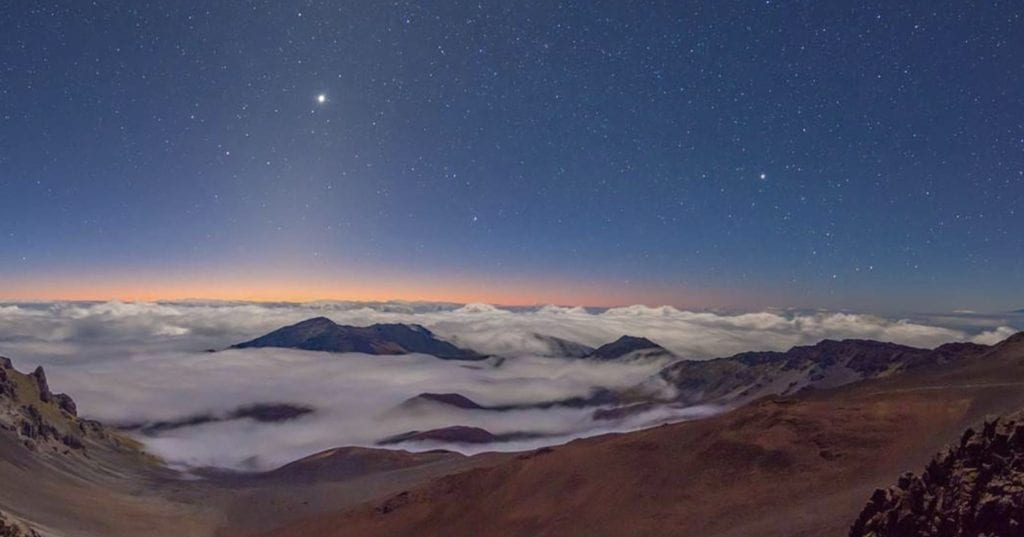 World-class night sky viewing at the top of Haleakal? by Asa Ellison

Located on the island of Maui, Haleakala National Park is a favorite Hawaii Volcanoes National Park for many people. The landscape and the skyscape are breath-taking, with its beauty of volcanic and rainforest scenery. This is one of those Hawaii Parks that have several great swimming spots, hiking trails, horseback riding, camping, and cycling.  Even viewing the sunrise and sunset is a beautiful activity to observe.

Mark Twain described it as,  “the most sublime spectacle I have ever witnessed.”  The name Haleakala in Hawaiian means, House of the Sun, which describes the elevation that this island reaches in the Pacific. This is one of many parks in Hawaii that has many species on it, including several that do not exist anywhere else on earth.  On a hike to the summit of the volcanic landscape, you will experience a truly remote other-worldly place few have ever been. 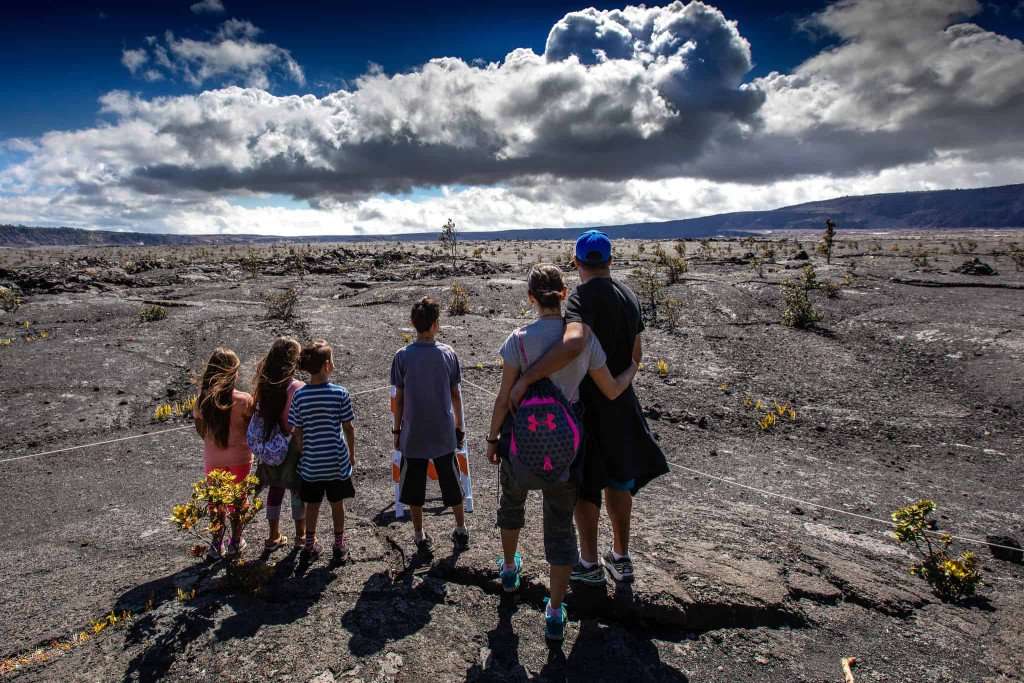 Hawaii Volcanoes National Park is located on Hawaii Island, the largest and youngest of the chain of Islands.  In this national park, K?lauea and Mauna Loa are two of the most active volcanoes in the world, constantly adding landmass to the Island.  Since 1983, lava has flown and created more than 9 miles of land stretching to the ocean. This adds to the beauty of the island, while at the same time, setting a record for the longest stretch of an eruption for an active volcano.

This Hawaii National Park has stunning rock arches, majestic waterfalls, magma rock formations, caves, and volcanoes. Nature enthusiasts are sure to be left in awe.  Seeing the beauty and power of Mother Nature spitting fire and lava deep from the Earth is a humbling experience to say the least.    Hawaii Volcanoes National Park has plenty of adventurous hiking trails and camping grounds for those that love to sleep under the stars.  This is one Hawaiin National Park you will want to visit. 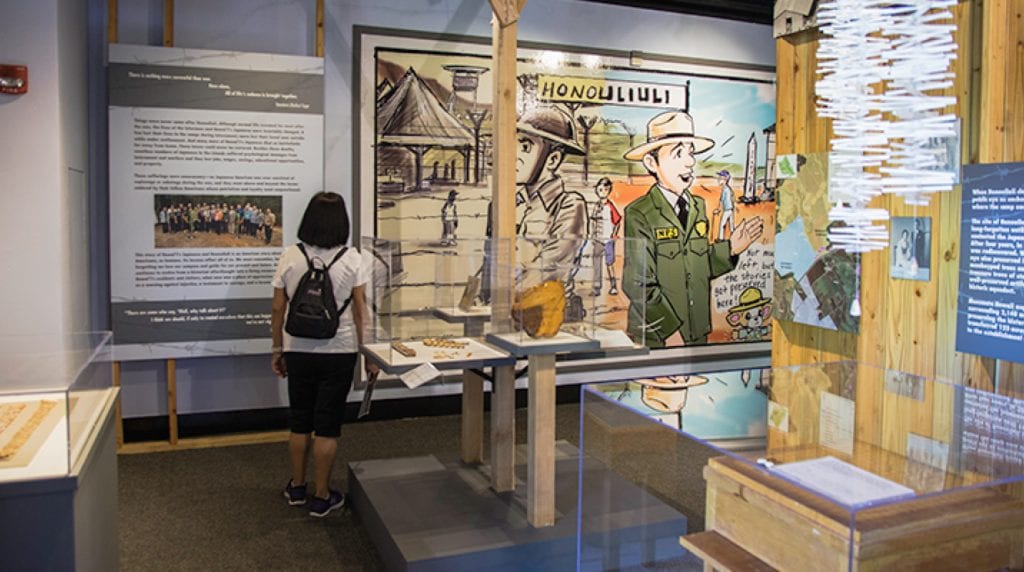 If you’re more interested in seeing the National Monuments of Hawaii, then perhaps Honouliuli National Monument should be your next stop. While this is one of the newer national parks in Hawaii, it has an important story to tell.

This park tells a story that can only be told in the great state of Hawaii. The story is of the experience of prisoners of war, during WWII. Visitors also learn about martial law during this time period. It is a humbling place for reflecting on what war was like during this historic period. Any history buff should definitely include on their National Parks in Hawaii list to visit. 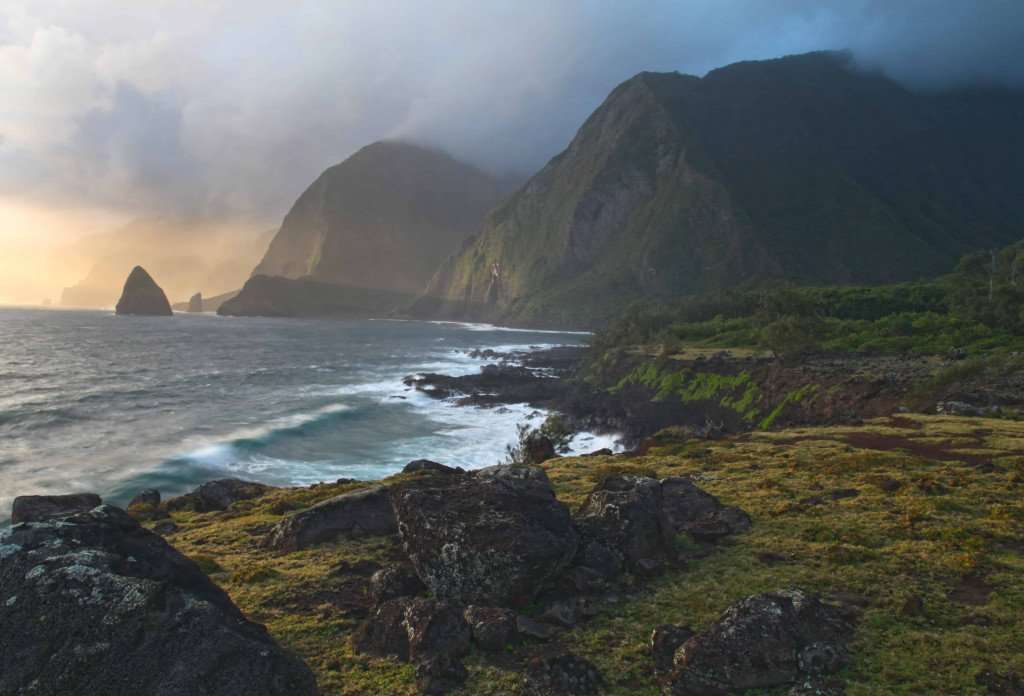 This National Park in Hawaii has an especially unique history. Known as one of the most beautiful places in Hawaii, this area once served as an isolated place for those suffering from disease. The park itself is more than 30 years old now, established on December 22, 1980. Back in the day, people were forcibly sent here, who had leprosy. Now the park works hard to bring awareness to those suffering from Hansen’s disease (also known as leprosy). There is still an active patient community on the island.

This park is very remote on the island of Molokai. It’s extremely isolated surrounded by steep cliffs and ocean. It is only accessible by air. Only a limited number of visitors are allowed each year. Reservations with group tour companies are the only way for the average person to visit. Any filming or photography (other than for personal use) require permits. Visit https://www.nps.gov/kala/index.htm for detailed information. 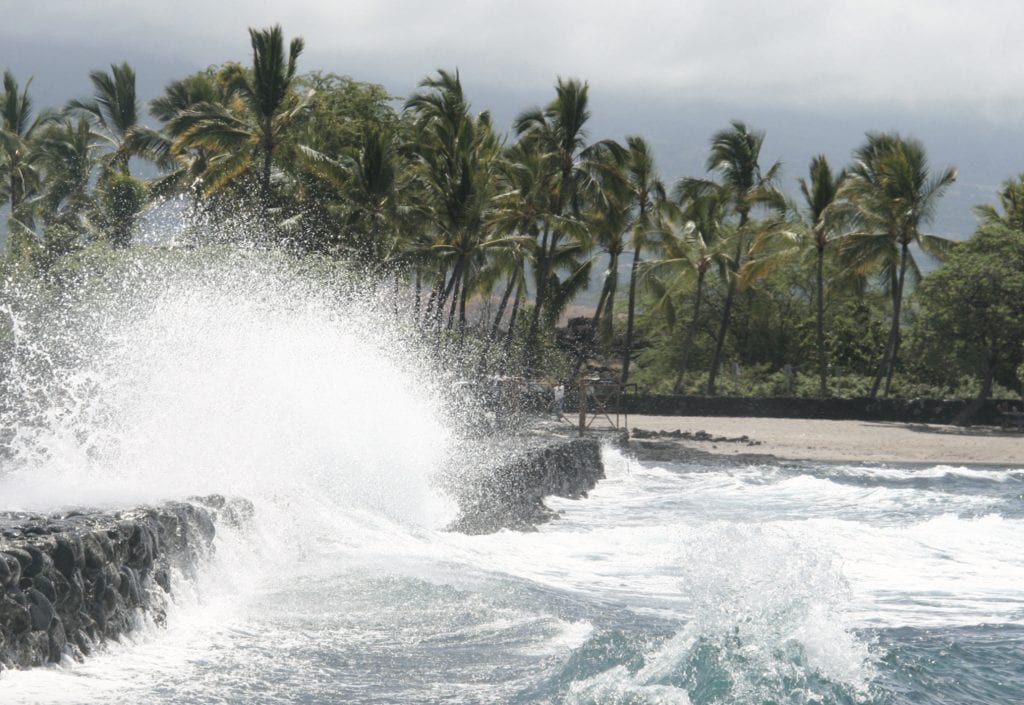 A famous National Park in Hawaii is Kaloko-Honokohau National Historical Park. This park gives you the opportunity to learn about the culture of Hawaii. Throughout the year, you will see several events are offered. All you need to do is look at the calendar and start planning your visit!

This Hawaiian National Park also focuses on helping people understand the history of Hawaii. Make a day out of it and spend your time learning about the people, culture, and history of this great state. The Hawaiin people of this land knew how to use ancient fishing techniques, along with building fishponds, and much more!

Until the early 19th century, Hawaiians who broke one of the ancient laws against the gods could avoid certain death by fleeing to this place of refuge. No harm could come to those who reached the boundaries of the Pu’uhonua (refuge).

There are thousands of archeological sites including royal grounds, a great wall, temple remains, and many statues that help tell the story of early Hawaiian culture. This was one of my favorite national parks in Hawaii. There is a feeling of peace and spirituality on the grounds. This area also has some of the best snorkeling and scuba diving spots on the island.  We spotted quite a few sea turtles when we were there. It’s truly a magical place.

Pu’ukohola Heiau tells the story of the start of the first Hawaiin Kingdom. In fact, the site preserves the last major Ancient Hawaiian temple. You can walk in the footsteps of a king and learn about the ancient Hawaiian culture.

In addition to the main “Heiau” or place of worship, there are ruins of Mailekeini Heiau (built in the 1500s), and Hale o Kapuni, which is a submerged temple dedicated to the shark gods. The main structure can be seen from the road and was painstakingly restored.

King Kamehameha built it as a dedication to the war god Kukailimoku to help in his efforts to unite the Hawaiian Islands.

When you visit this Hawaii National Park, you will learn so much history. You’ll learn about the attack on Pearl Harbor and the entry of the US into WWII. The Pacific War has a story to be told and this is that story. The memorial is a great reminder of what the USA went through to defend the country in that time period.

These US National Parks hold some of the most beautiful scenes on the planet, each offering a unique experience to meet each visitors’ needs.  Whether you desire a remote spot hiking the top of an ancient volcano, snorkeling the beautiful ocean, or laying on the white sandy Hawaiian beaches, your experience will be too great for words.

Have you visited any of these Hawaiin National Parks? Which one is your favorite?